SIS, which has had an office in Media City UK since 2006, operates the largest fleet of satellite uplink and external broadcast units in Europe. SIS provides television footage and other media services to the betting industry, including live commentary and on-screen betting information.

The company offers extensive coverage of many major betting sports, such as UK and international horse racing and greyhound racing, and also provides football footage, including the exclusive distribution rights to official UK football data and Scottish FA and FIFA.

With the completion of its new offices in May 2012, SIS was able to provide much more of its services to Salford Quays. 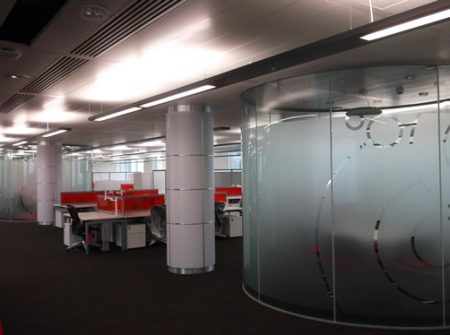 The main contractor working on the project was the international construction services company ISG, whose job was to transform a bare-shell building into a suitable space to house administration offices, technical facilities and studios. ISG recently completed construction work on the Velodrome for the London 2012 Olympic Games. The velodrome was completed on budget and ahead of schedule, making it the first site to be completed on the Olympic Park.

Farebrother Ltd, a Manchester-based company that was voted Electrical and Mechanical Contractor of the Year for 2007 and 2008, carried out the design and installation of the building’s electrical and mechanical services. They also carried out the work of upgrading the power and cooling infrastructure to facilitate SIS requirements directly for Peel Media Ltd. 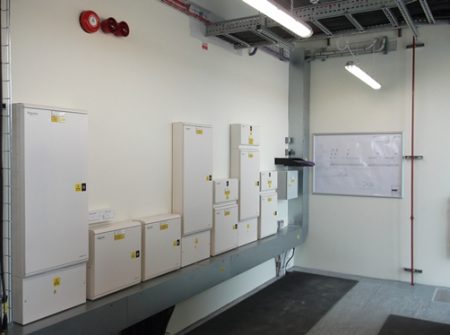 SIS offices are spread over three floors in the South Tower of Media City UK; at levels eight, nine and ten. The tenth floor has been transformed into offices, while the eighth and ninth floors have been converted to house the studios and the electronic and transmission equipment of the SIS. The project which started in November 2011 ended in May 2012.

“Before the project started, Media City UK’s south tower was just a bare shell. In just over six months, the three floors were completely transformed to provide both a quality working environment as well as a high resilience infrastructure to meet the high technology requirements of SIS.

Farebrother’s Building Services division specializes in complete electrical and mechanical services combined with high quality layout and technical space. We were therefore delighted to be able to use their expertise to help SIS create its new headquarters.

“Every project is important to us, whether it’s 10 million or 10 million pounds. We had to use specialist knowledge and innovation to work on the project for SIS at Media City UK in terms of high specification requirements for the mechanical and electrical works involved. As always, we have also worked within the framework of our company’s values ​​of partnership, quality, value and trust.

“We have been in business for over 50 years and we have specialized in three distinct divisions; building services, data technologies, and processing and environmental facilities. We have built an enviable reputation in all three areas and continue to provide first class service on budget and on time.