NAGA Munchetty spoke out following the large number of presenters who have decided to leave the BBC in recent months.

The broadcaster has seen a number of colleagues leave throughout the past year for other channels.

The BBC Breakfast host shared that the business is currently facing a tough time.

Speaking openly, Naga said, “We’re going to lose some brilliant journalists, I’m not talking about the air, it’s a fraction of that. It’s the band behind the scenes.”

When asked what she would do if she was the BBC’s chief executive for a day, the host replied: ‘The obvious thing is more income so you can keep more jobs.’ 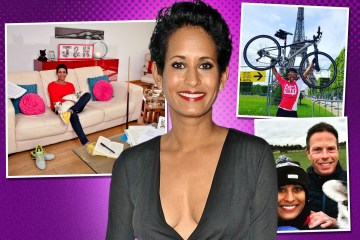 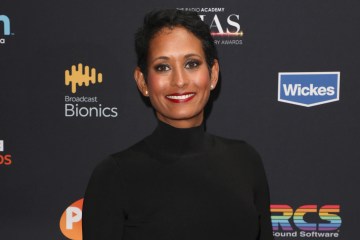 She added: “I’m not saying the DG didn’t look for money, everyone has to cut costs and that’s a shame. But that’s the reality.”

Longtime journalist and news anchor Emily Maitlis recently revealed that she and Jon Sopel will be joining Global to do a podcast on LBC radio.

Former BBC Breakfast host Dan Walker left the show in May, moving to Channel 5 to present a flagship news programme.

Naga also spoke about whether his job is more difficult due to social media scrutiny, commenting that he is more present than ever due to everyone watching online having opinions.

She shared, “People will take a little thing that you may or may not have said, and interpret it, and then it’ll spin.”

The host concluded, “It’s not that it’s stopping me from doing my job.”

Naga first joined the BBC in 2008 before becoming a main presenter at BBC Breakfast in 2014.

BBC Breakfast airs weekdays on BBC One from 6am.

Live The Australian Defense Force will increase its aid to flood-affected residents in Victoria amid a worsening crisis in the upstate. Prime Minister Daniel Andrews has said some families will not be able to return home for “extended periods” as the Commonwealth prepares to reopen a COVID-19 quarantine facility for displaced residents. Late Sunday, emergency […]

During the All-Star break, Royse City left-hander Taylor Hearn ranks among the batting leaders of the Texas Rangers pitching team. Hearn, whose fastball was timed in the upper 90s, struck out 62 in 67 innings to rank fourth on the team behind Jon Gray (100 for 89 2/3), Martin Perez (95 for 111) and Dane […]